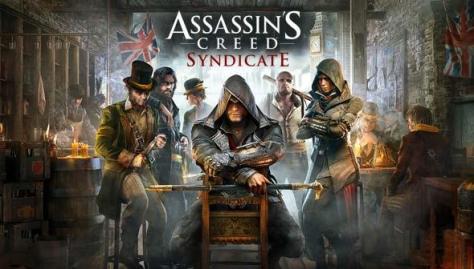 Assassin’s Creed Syndicate at it’s time was a game that really changed a lot in the AC formula in a way for the better.

With two main protagonists that can be switched at almost any time (except for certain missions) you can have your choice of which style to play as. One is more fighter based and the other is more stealth based. Now these differences are minor mostly until leveled completely up when one can nearly become invisible and the only can nearly one hit kill every enemy.

Gone are the days too of just having to run around and climb every building. Introduced are horse drawn carriages and a zip line grappling hook device. You can throw yourself up entire buildings or across long distances with it and it completely changes the way the game plays. Even using it in stealth situations to drop down on enemies is something new and exciting.

Having a XP system here though took some time to get use to. Between balancing skill points, using upgraded weapons and outfits, and buying gang upgrades there was a large amount of things that will you make start hunting collectables and side missions just to get the money and XP you’ll need.

Now this in itself is both a blessing and curse. The side missions and running throughout this busy city is a blast but it becomes too much. There are a crazy amount of collectables out there between chests, flowers, books, and more to collect that are scattered all across land, air, and sea. 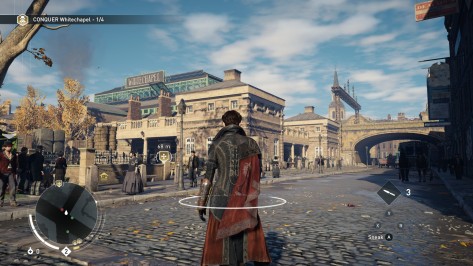 After doing all side missions and running around the missions themselves can start to drag. Towards the end I was finding myself ready for the game to finish. This was before even doing the extra World War era missions which felt just tacked on and lifeless. It was short and felt like DLC that last minute was decided to be thrown into the game.

Later in the game as well the horse carriages are used more and more and become frustrating. Having to speed up to disable an enemies carriage didn’t always work with the time limit given. They don’t always control the best either especially in tight turns.

Overall Syndicate is a good Assassins Creed game. They are certainly building it up so that an AC game could happen in any time period. You’ll have a blast with this for some time before becoming almost bored with the story missions and realizing the amount of collectables just isn’t worth it. Before that happens though the game itself provides loads of good times.