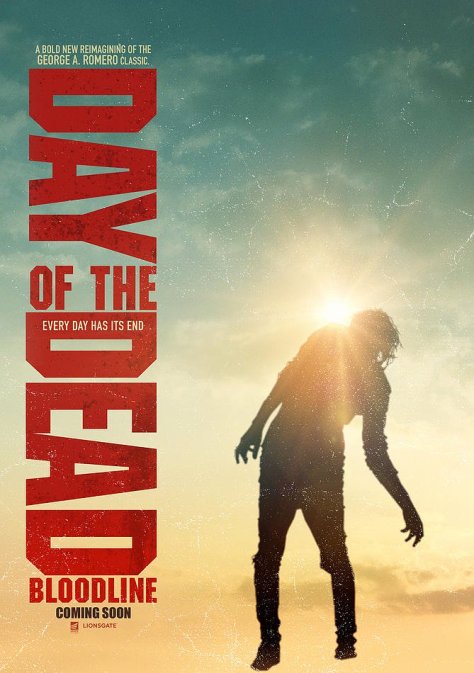 Remakes are a constant thing in horror but not something is done well or correctly quite often. In that instance Romero zombie films may be leading the helm of reboots anymore and with a new Day Of The Dead film coming out it continues the trend of horrible reboots in horror.

In a world where a zombie outbreak has happened a small team of survivors live with the military in a underground bunker. During their time there however a scientist is constantly trying to find a cure that would make a zombie bite not a instant death sentence.

The original Day Of The Dead is a classic in the zombie genre but here enough is changed where its a shallow shell of what it used to be. Instead of having Bub, the zombie which become a symbol of the film, we have Max instead who is a stalker and attempted rapist. Instead of a claustrophobic atmosphere we have a large open area it seems to work with.

We are given a group of characters are that lifeless, generic, and instantly forgettable. Zombies while occasionally having some decent practical effects are overdone with CGI. They often explode with gushes of blood like a popped balloon. The blood hitting the camera as well is a effect which should of been left out and never used again.

Overall this Day Of The Dead remake just feels like a cheap made for TV movie just meant as a quick cash grab. With having nothing really going for it, this is one to avoid for sure.