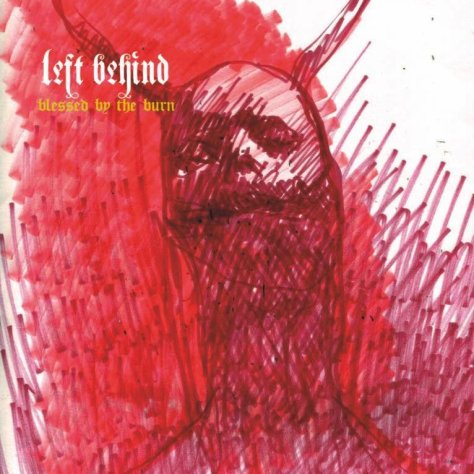 Left Behind toured 2017 with some big names in hardcore including Kublai Khan and Terror while also headlining their own tours. With their second full length release though I truly caught into just how good Left Behinds brand of heavy riff based hardcore is.

The band has a heavy metal riff based origin coming with love straight from a band like Crowbar but with a hardcore loving touch added to it. Though it might sound odd it works great here with grooves coming constant and tracks like “Focus On The Flesh” bringing a groove that you can’t help but bang your head to.

Don’t think these riffs detour Left Behind from bringing some crushingly heavy moments in their journey to break you down. “West By God” opens the album up a shout out that you’d find at a live show of theirs before breaking down and not letting you go from there. From there we are treated to song after song featuring a great brand of near sludgy riffs and heavy hardcore breakdowns.

Vocalist Zachary Hatfield’s raw rough vocals fit well with the tone of their music. It all binds together even better with his heavy handed lyrical approach where he shows his heartache and feelings of hopelessness that revolved around the suicide of his girlfriend and her history of abuse from her father.

Overall Left Behind put out a killer album that fans of metal and hardcore should be able to enjoy. With their brand of sludgy hardcore and how they seem to be getting better as time progresses I can’t wait to see what their next effort looks like.