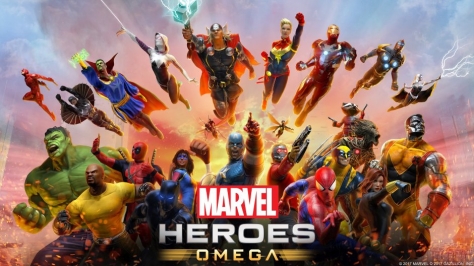 Marvel Heroes Omega is a free to play Diablo style dungeon crawler that while having some good game play aspects to it falls short in more than just the micro transaction department.

With a wide selection of characters in the screen you might assume you can pick from a roster of superheroes to play as and you can, but for a price. I played this game towards the beginning and end of it’s life style (more to be talked about that later) and upon first playing it to unlock the Deadpool character was $20 and that was for a single character. Most of them are hidden behind fees and you’ll soon notice most things are hidden behind fees in this game. Now you can use your eternity splinters you find in game to unlock them and all characters can be played for free till level ten but require being bought after that is reached. This at least lets you know if you’ll like how a character controls being buying them.

The game play itself feels like every other Diablo clone. You can have 8 attacks pinned to buttons at one time and use them to defend endless drones of enemies. Some special attacks are flashy and will light the entire screen up upon usage.

As expected the real meat and potatoes here is the endless loot you will be consumed collecting. One thing I didn’t like however is that once your inventory is full in the game you either have to take time destroying piece by piece which does take long or you don’t pick up anything else. There is no trash can to put items into and no way to warp to town or send someone to sell your items (similar to how Torchlight did it).

There is a MMO style effect in the game as well, though you’ll mostly be running through your missions on your own you can and will run into others players throughout the world who may be doing a MMO boss raid battle you can jump into at random times. There is the option though for local and online coop if you’d like though.

Visually this game really isn’t that great though. Visuals lack major detail and when using special attacks on screen with hordes of enemies it just often just turn into a flash of color instead of detailing the attack. 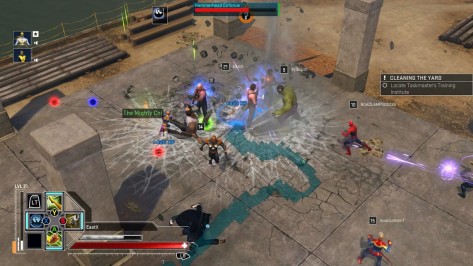 This leads into the problem of when there are hordes of enemies on screen the game tends to lag with the attacks. This can range from a multi second delay when attacking a enemy to using a special and having the game slow down for a second or two until it can get itself back together to determine who was attacked.

Now this part I will consider a update and not put into the general score of the game. Recently it was come to light that the studio behind this game was shut down and fired and servers for this game would be shut down out of the blue. For a game that is only around half a year old this was a shocking news break to find out. However in a turn of events the makers of the game gave everyone 500 of each set of crystals and lowered all items requiring real world money to be 1 crystal each, making everything free.

Overall Omega is fun at times. The game  has a good handful of villains used as bosses and at times the power ups have a great devastating feel to them. It’s just sad that the micro transactions hurt it at the beginning, the visuals were less then stellar, and the game play hurt from some technical problems.