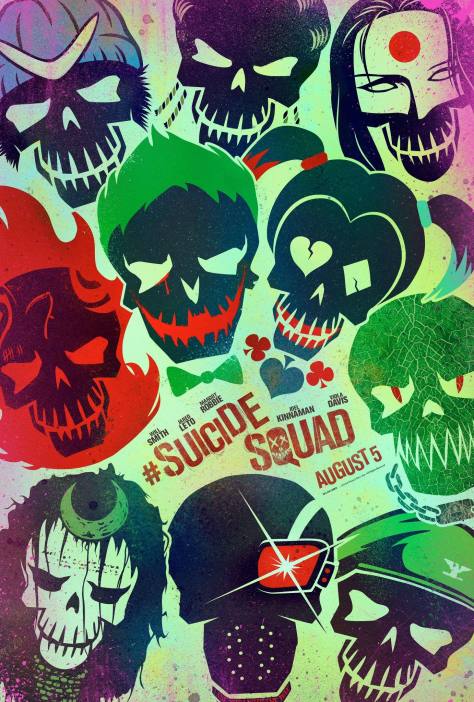 Suicide Squad follows a world after the events of Superman leaving where the government’s fears are that if another thing such as Superman comes down but with bad intentions how will they go against that, their answer being code named the “Suicide Squad”. They are a group of bad guys with a mixed range of talents and powers who if they go AWOL can just be used a ploy without the traces leading back to the government. Now this in itself is a good story and has potential. Sadly it’s almost as if what little plot they give us can barely hold itself together. The main plot involves the squad going against one of their own who went AWOL named “Enchantress” who was a old god like creature along with her brother. The explanation they give her isn’t extremely clear and we as viewers aren’t given enough backstory for her and brother to truly get a grip on why they are going against the human race other then that time has left them behind. It seems though like the plot is only focused on for chunks of the movie.

Now they do give us some backstory though for some of our squad. Those mainly being Harley Quinn and Deadshot (Diablo later on as well). Now while these are all interested to watch they pretty much boil down to being flashy music videos thrown in. They give us some backstory to the characters but in point are just flashy moments. We aren’t given enough for most to truly care except for the three I had previously mentioned. Others such as Boomerang or Croc who could of been great additions are just shown randomly and never given the chance to shine.

Deadshot does have his moments to truly shine and given a better film could have some great action scenes. The only one who walks away from this is Harley Quinn who truly knocks her role out of the park. She steals any scene she is in and I can only hope she gets her own stand alone film. You can’t speak of Harley Quinn though without mentioning the new Joker. Now he is given no backstory and we only know of him from his time in Arkham Asylum when he makes Dr. Quinn go insane for him. For the most part as well he is barely in the film only appearing for brief times here and there. He isn’t even the dark twisted Joker one may think of instead almost appear as very love struck for Harley (quite the opposite of the comics). I don’t really care for this version of the Joker from what we have been given thus far. He comes off more as a crazy gangster then a insane super villain. Maybe if given more screen time he could become better but as of now especially with his look (which didn’t come off as great as many expected) the Joker just left a weak taste in my mouth.

Sadly the action itself can’t even hold up for most of it. It just turns into quick bursts of flash with a huge soundtrack (that disappoints) behind it. The action relies too much on slow motion (especially towards the end) and just feels flat and generic. Minus a few specific scenes I felt nothing truly special was shown from this team of insanely talented characters. One couldn’t even depend on decent writing either in this film as it is full of some downright horrible dialog. The pacing is really weird for this movie too with chunks of it tending to be slower then it should be, I can guess maybe that might have to do with all the re-shoots the film did before release but it ends up hurting the film more then it should.

Now for all I have bashed on this film it isn’t downright horrible (as Batman Vs Superman was). It is just generic with a few great things which is sad because given a R rating and some re-writes could of been so much better. I just have to say again Harley Quinn steals the show though. Is this worth a watch? Yes, just don’t go in expecting greatness and you’ll find a fun little film with some great characters hiding behind a good amount of bland.