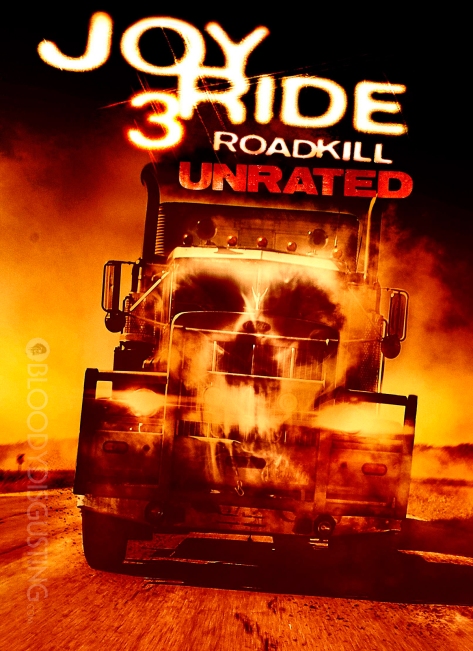 Joy Ride 3 follows that trend of horror films that don’t need a sequel yet continue to get one sent straight to DVD.

We follow a group of street racers who stop in a small town trying to get the quickest route to where they need to go. Of course they run into the town crazy who yells about not taking a certain road because the people never return before the kids are reassured by the town sheriff that it’s fine. Since the cliches already started the film just keeps it going. As expected the kids take the deserted stretch of highway before running into the maniac trucker and embarking on a race for their life.

The story remains about as bland as one would expect with them knocking every cliche out and doing nothing new. We are stuck with a cast of characters who either blend together or stick out just enough for us not to like them. Even going as far as to say you can’t even root for the villain in this case just because what little we do get from him is almost nothing to base enjoying him from. We see “Rusty Nail” (the villainous truckers name) too much for him to be considered some dreaded shadow like killer.

Thankfully the film does have some good kills every now and then with some decent gore to follow. Still could of used more or if given a better budget would of had more memorable ones but the kills help save the movie sometimes. Sadly the last 15-20 minutes of the movie nearly ruined it for me. To watch a hand to hand fight scene start to happen followed by the cliche over the top kill that somehow Rusty has managed to escape from with no traces found just killed it. It was mainly the fight scene which was just so far out of left field and stupid.

Overall there are better films to watch like this and far worse you could do. Hopefully when the inevitable Joy Ride 4 gets made they work out some of the kinks this film had.